Hiding a spare key outside your house or apartment might seem like a good idea. After all, it could save you time waiting for a locksmith, or just for a flatmate or partner to get home. However, the risks often outweigh the benefits, so it's worth taking the drawbacks of hiding a spare key into account.

The bottom line is that leaving a key outside your home can allow burglars to get inside. Even the most opportunistic wrongdoer can flip over a mat or check along the doorframe to try and locate a key, but most criminals will know what they're doing and know where to look. In many cases, a potential burglar will keep watch on a set of houses. It doesn't matter how ingenious your hiding place is if they happen to see you removing the key.

Additionally, don't be fooled into thinking that criminals simply don't have the time to look for your key. People often picture a search occurring during the day, but, once the sun goes down and people go to sleep, a potential crook will have plenty of time.

Hiding a key about your property might not always be the best idea, but there are a number of easier alternatives. Probably the most popular is simply giving a set to one or two trusted neighbours. Just make sure you don't put the number of your house on them; if they happen to be burgled themselves, you'll need to change all your locks!

You might also consider keeping a key hidden somewhere in your car, especially if that car is stored in a garage at night.

It Creates the Wrong Mindset

Knowing that you have a spare key waiting outside your home won't mean that you'll purposefully forget your regular set, but it makes it easier to get lazy. This is especially true with children and teenagers, who might not bother even looking for their regular keys if they know they can just find and use the spare.

This is obviously problematic if anyone is watching the house. Also, if a hiding place is constantly being uncovered it tends to stand out more easily.

It's Something Else to Keep Track of

Spare keys aren't impossible to lose. If you rely on yours too much you might bring it into the house and forget where you put it. Alternatively, you might scarcely use it and forget to check whether it's still there. In either case, you won't know exactly where your spare is.

The problem here is that someone could have taken it, and might simply be waiting for the perfect opportunity to enter the house. If you can't say exactly where your spare has gotten to, you'll be forced to install new locks.

Hiding a spare won't cause problems for the majority of people, but it does increase the likelihood of a break-in occurring. For more information, contact Local Locksmiths. 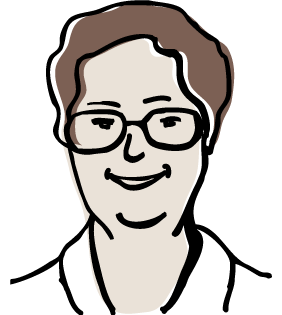 Hi, my name is Toby. When I was a little boy, I began making hollow books to hide my toy guns. Later as I got older and began to keep a journal, I learned how to affix a lock to it. That passion continued into my adulthood, and I began to explore furniture that converted into safes, safes that fit under beds and other concepts related to hidden security. If you want or need to hide and protect something valuable, you have come to the right spot. Please explore this blog and learn about hidden safes, how to choose one, which ones work the best, how to make your own and more. Thanks for reading, and I hope you feel more secure after exploring my blog!